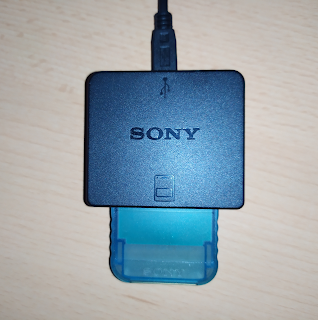 You can grab this release on Github.
Posted by Shendo at 8:16 AM 6 comments:

In days before FreePSXBoot I added a feature to MemcardRex to auto correct corrupted Memory Cards because
that should benefit users as it will make their cards up to spec.

However, that feature broke FreePSXBoot as it relies on "corrupted" data.
So now, to remedy this I added an option to disable this feature by default. 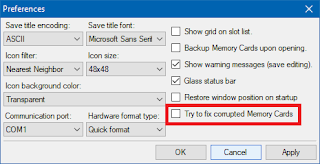 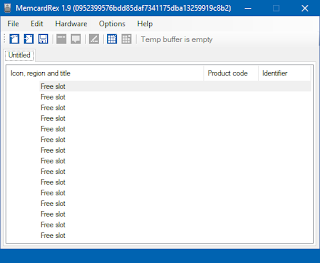 This version of MemcarRex can be download from the Github repository.

This is not a fully fledged release, just an updated binary.
Replace your existing MemcardRex.exe with this new one and you should be good to go :p
Posted by Shendo at 7:38 PM No comments:

In 2012 I made a loader plugin for Black Chocobo save editor so users can edit FF7 saves
directly from MemcardRex.

It simply takes a single FF7 save, stores it to temp directory, sends it to Black Chocobo and waits for the application to close so it can put the save back to MemcardRex.

I named the temp file "FF7SaveData" and that worked when I tested the plugin.
However in the mean time Black Chocobo was updated and now it expects a decently named file to
detect it as a single save (eg. "BASCUS-94163FF7-S01").

Because of that BCLoader 0.1 is not usable with Black Chocobo any more and
the save is not detected as Final Fantasy VII save. 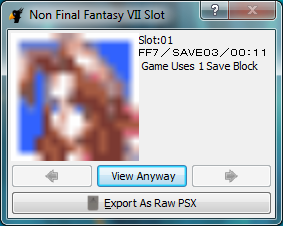 This has escaped me as I don't use Black Chocobo.
Fortunately user Jack Barnard pointed out the problem with the plugin.

So I fixed the problem and got the plugin working once again. 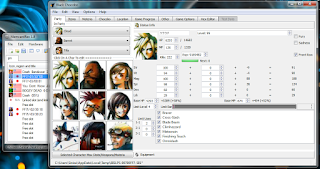 So, here it is. Grab the updated plugin and replace old "BCLoader.dll" in
plugins directory with the new one.

Status update just so you know that I'm alive folks.

I've started working on the mobile version of MemcardRex.
It's not a port of the desktop version though, once again I'm starting from scratch. 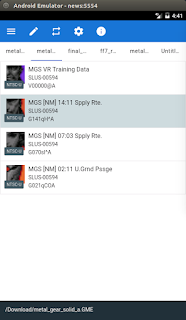 Features I'm aiming for:
Support for all file types desktop version supports.
Single save import / export feature.
Multiple Memory Cards opened at the same time.
Custom container format so you can have a single Memory Card with more than 15 saves.

It will behave a little differently than a desktop version.
A single save will be shown only once but with the indication of how much slots (space) it uses.
If a limit of 15 slots is surpassed then only a custom container format will be available for saving.

I plan to have a free version with limited features (but still very usable)
and a paid one with full features. No ads in any of those, I hate ads.

Don't ask for release date though, I'm not even remotely sure when will that be.

2018-01-15:
I still get a ton of requests for VMP conversions but I don't have a PSP anymore
so I'm unable to perform conversions for you guys.

But it's not that difficult to do it yourself.
User that goes by the name of Jaska made a great guide covering the topic, check it out


I have been getting bunch of requests lately for Memory Card conversions
from .mcr to PSP and PS Vita format (VMP). 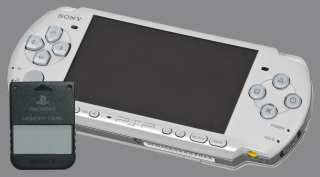 There have been requests on ngemu, blog comments and emails and probably
on some other communities where I frequent.

To keep thing neatly organized I'll attach those saves to this post and maybe
we can even help someone else by using those converted saves.

So, consider this the official "ask Shendo to convert my save" post.

Just comment on this post with a link to your save and I'll convert
and attach saves when I get the chance.

I decided to release the source code for MemcardRex in a hope that community
will contribute to it and keep the project alive.

Due to some other ongoing projects of mine I'm unable to work on MemcardRex
as much as I want to and it would be a shame to let the project die.


I have set up a git repository page which can be reached by following this link:
MemcardRex Git repository

--
Also, if anyone is up for it a Gtk# port of the application would be much appreciated
as non Windows platform are lacking a serious PS1 Memory Card editor.
Posted by Shendo at 8:29 PM No comments:

Lately I have been using Linux and I noticed that my BIOSGet application
was not working properly with Mono.

That's why I decided to port the application to Gtk#.

So here it is. It should work properly on Linux and OS X if you have latest Mono runtime installed. 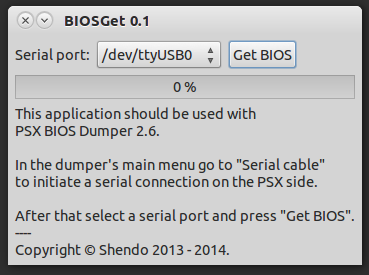